About the College of Midwives of Manitoba

History of the College 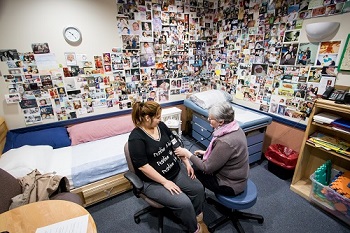 Midwives throughout history have been community experts in providing knowledge, skill, guidance and support to women through pregnancy, labour and birth. Indeed, the World Health Organization recognizes midwives internationally as the specialists in normal childbirth. Today, midwives provide both advanced clinical skills and a focus that puts women and their families at the centre of care.

In 1997, the Manitoba government declared midwifery an independent, regulated health care service. This valuable service is intended to be available and accessible to all Manitoba women.

The   Midwifery Act  was proclaimed on June 12, 2000, and is the means by which the autonomous profession of midwifery in Manitoba is regulated. The   Midwifery Act  defines midwives as primary health care providers with a specified area and scope of practice. The   Act  also establishes a self-regulating governing body known as the College of Midwives of Manitoba. One of the main functions of the College is protection of the public by ensuring that midwives follow the standards of midwifery practice.

Similar to a number of Canadian provinces, midwifery practice in Manitoba has been regulated relatively recently. In June 2000, the Manitoba Legislature proclaimed the   Midwifery Act  and the   Midwifery Regulation, establishing midwives as primary health care providers. In 2000, the first group of midwives completed a one-time Assessment & Upgrade Program and was registered to practice.

By the same legislation, the College of Midwives of Manitoba (CMM or the College) was established as the regulatory body for the profession. All midwives who practice in Manitoba must be registered with the CMM. The requirements for registration are outlined in the   Midwifery Regulation. Practising midwifery in Manitoba, or holding oneself out as a midwife, without being registered with the College of Midwives is illegal.

Currently, practising midwives provide services via regional health authorities in urban areas as well as in rural and northern Manitoba. They work in collaboration with other health care providers to deliver the best possible care to women and their families. Women who choose a midwife as their caregiver may birth their baby in hospital or in an out-of-hospital setting. At present, the demand for midwifery services exceeds the supply of midwives who can provide the service.